Here is my 250mm quadcopter

A quadcopter, also called a quadrotor helicopter or quadrotor,is a multirotor helicopter that is lifted and propelled by four rotors. Quadcopters are classified as rotorcraft, as opposed to fixed-wing aircraft, because their lift is generated by a set of rotors (vertically oriented propellers). 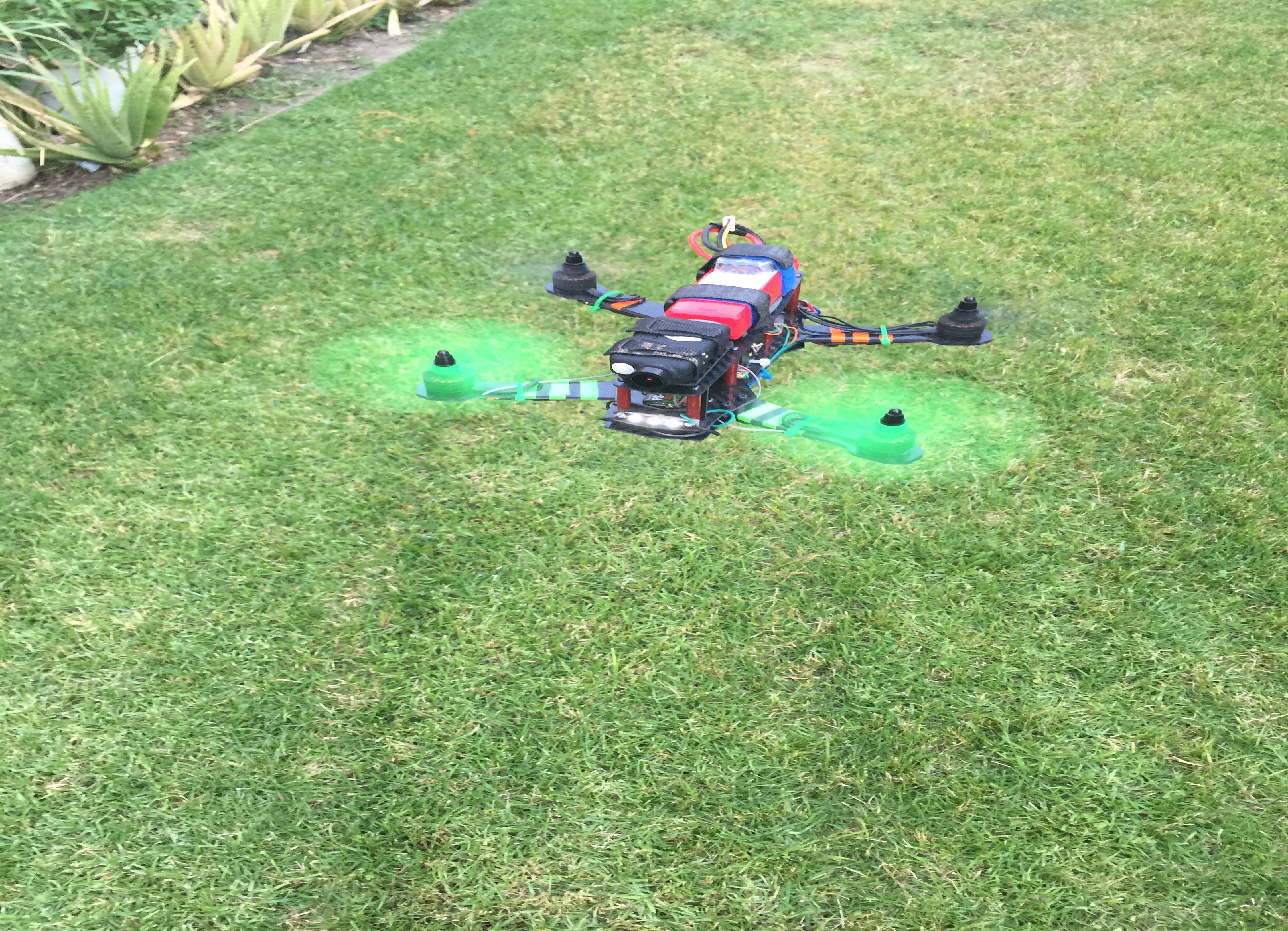 This is my 250mm quadcopter. I built it from a scratch. I tried to fly with fpv(first person view), but it is still hard to control. This quadcopter is not really expensive, but I have to wait like 2 weeks, because it was shipped from China.

Quadcopters generally use two pairs of identical fixed pitched propellers; two clockwise (CW) and two counter-clockwise (CCW). These use independent variation of the speed of each rotor to achieve control. By changing the speed of each rotor it is possible to specifically generate a desired total thrust; to locate for the centre of thrust both laterally and longitudinally; and to create a desired total torque, or turning force. Quadcopters differ from conventional helicopters which use rotors which are able to vary the pitch of their blades dynamically as they move around the rotor hub.

Building a fly machine sounds can be really hard, but it is actually quite easy. You just need to know a little bit about soldering and electricity (basic stuff). When you try to build a Quadcopter, you should purchase a completed kit. You don't want to wait like 1 month to get a needed part. Always, trying to do some research before getting a Quadcopter. There are so many helpful sources online. 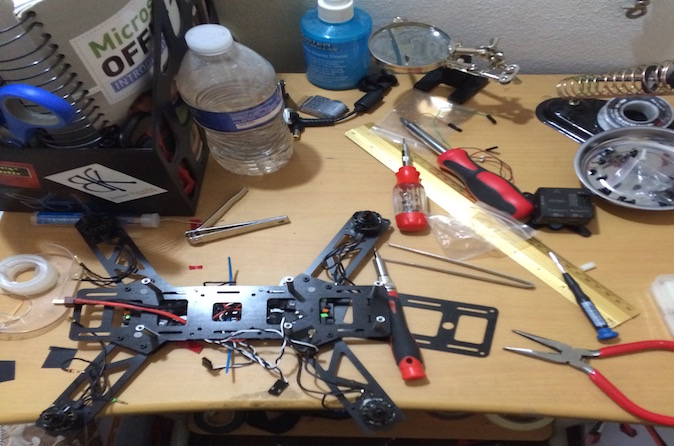 This is my quadcopter from a scratch, looked like a mess

Trying to organize the electric wires as clean as you could. Remember, put some LED lights, so you could fly at night. It took me 1 week to finish everything, but it took me forever to make it fly in the way that I wanted.